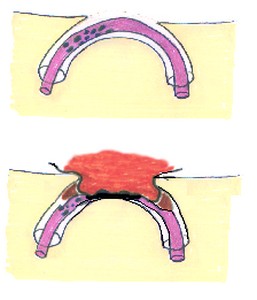 Surgery is usually reserved for cases that fail standard canalith repositioning procedures.  There are several surgical options.  Labyrinthectomy of the affected ear can be quite effective for benign positional vertigo.  However, it seems to be too aggressive for the type of pathology involved.  Historically, singular nerve section, was reportedly the treatment of choice.  However, few if any surgeons were able to accomplish this procedure successfully without damaging vital hearing structures.  Transtympanic application of aminoglycosides (such as Gentamicin and Streptomycin) is also an option. However, like labyrinthectomy, it may be overkill.

Canal occlusion is performed by working through a mastoidectomy approach. The affected semicircular canal needs to be positively identified with preoperative testing. The identified canal is then surgically outlined with a fine diamond drill bit.  The membranes within the semicircular canal are delicately handled to avoid complete fluid leakage. The membranes are then occluded with muscle and autologous tissue grafting, trapping and immobilizing the particles. 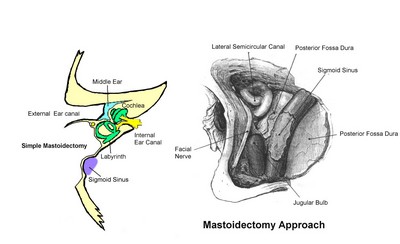 Posterior semicircular canal occlusion is perhaps 95 percent effective in those who fail standard canalith repositioning procedures.  The risks and complications include bleeding, infection, dizziness, imbalance, facial nerve damage, hearing loss, tinnitus, and anesthetic complications.  Typically, patients do fairly well in terms of vertigo control.  Sometimes they have little bit of residual imbalance because of the lack of proper impulses from the abolished semicircular canal. This imbalance usually improves with some balance re-training. There is perhaps a 5 to 10 percent chance of a minor hearing loss.  There is typically less than 3 percent chance of total hearing loss in the affected ear.

Sometimes a course of vestibular rehabilitation is useful in compensating for the lack of the abolished semicircular canal.